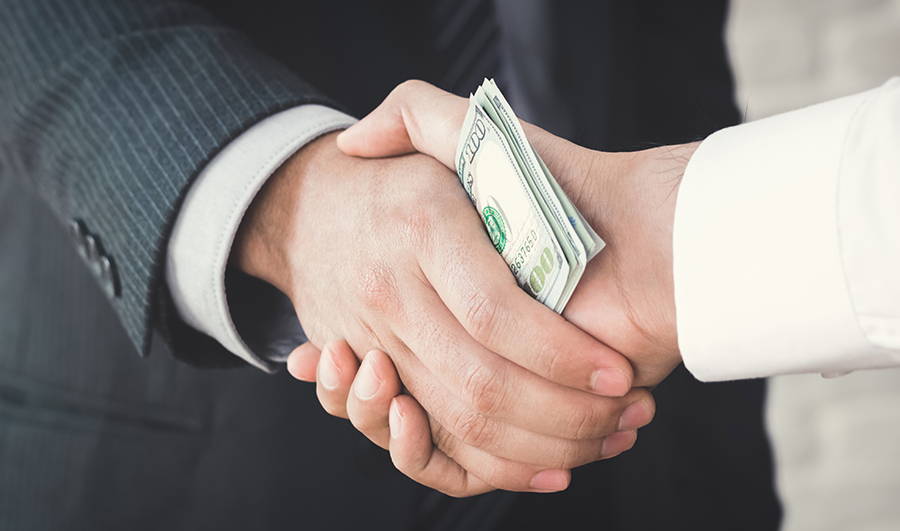 The UK Bribery Act is a significant and widely respected piece of legislation:

However, there have been continual grumbles from some in the business community that it is too burdensome and puts UK companies exporting their goods overseas at a disadvantage.

Any acts of bribery and corruption committed prior to July 2011 are prosecuted under the UK’s older Prevention of Corruption Acts.

The figures involved are enormous:

Tackling bribery helps build trust in public institutions, ensures strong democratic governments and sustainable development. To end corruption it is essential to look at all bribery conducted and enabled by UK individuals and companies, including banks, lawyers and accountants, both at home and abroad.

We research how the Bribery Act is being implemented and how effective it is at deterring bribery.

We also monitor how the UK’s changing relationship with its global partners, including the EU, influences:

The National Crime Agency suggests that the UK’s exit from the EU is likely to ‘impact the prevalence of bribery and corruption over the next five years as UK companies potentially come into greater contact with corrupt markets.’

If the UK pursues a significant deregulation agenda after Brexit, it is possible that enforcement of the Bribery Act, and the very Act itself could come under pressure, with lobbying for weaker regulations to make exporting easier.

Evidence to the House of Lords Bribery Act Committee – July 2019

Corruption Watch evidence to the House of Lords about implementation of the Bribery Act so far. That evidence argued that increased enforcement of the Act was necessary for its continued deterrent effect and that uncertainty around the institutional arrangements for enforcement and resourcing were hindering enforcement. Susan Hawley also gave oral evidence to the Committee.

Bribery before the Bribery Act – January 2016

Corruption Watch blog on the 2016 ruling of the Court of Appeal that found that bribery and corruption were illegal prior to 2001 – an issue that had caused considerable legal uncertainty before that.

Submission by the BOND Anti-Corruption group to the UK government gives the views of NGOs on the Bribery Act in response to the informal consultation of business by the government in 2015 about whether the Bribery Act was a problem for them.

Business responses to the informal consultation by government, obtained under the Freedom of Information Act, which show that business was by and large happy with the Bribery Act.