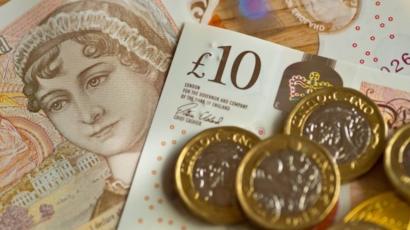 Settling with kleptocracy – do the UK’s civil recovery settlements let money laundering suspects off the hook?

Some initial thoughts from Susan Hawley, Executive Director of Spotlight on Corruption

From the reaction on social media, yesterday’s National Crime Agency (NCA) settlement with Izzat Javadovaand her husband, Suleyman Javadov, in relation to millions of pounds allegedly laundered into the UK through the Azerbaijani Laundromat, has not gone down well. Izzat is the first cousin to the President of Azerbaijan and her husband, Suleyman, is the son of the former Azerbaijani Deputy Minister of Energy.

“Morally corrupt”, “farce”, “immoral and dirty move” were among the phrases used of the settlement, and a general sense that the Azeri couple had ‘got away with it.’ In the words of one tweeter, it was a “beautiful end of the #AzerbaijaniLaundromat. No one is punished and everybody is financially remunerated.” Paul Massaro, counter-kleptocracy advisor at the Helsinki Committee (an independent US government body promoting human rights and national security), even went so far as to suggest on Twitter that the settlement “might as well be endorsing grand corruption.”

This sense of outrage and feeling cheated is very similar to reactions in Pakistan when the NCA made another settlement in December 2019 with notorious Pakistani businessman, Mr Malik Riaz. The settlement involved Mr Riaz paying the NCA £190 million that it emerged would be returned to Pakistan to pay off part of a $3 billion fine imposed on Mr Riaz by Pakistan’s Supreme Court for illegal property deals on the outskirts of Karachi. The settlement was described as “a shocking reprieve” which has essentially left Mr Riaz “untouchable” in Pakistan. Riaz was quick to claim that the settlement in effect exonerated him.

A similar type of settlement was used by the Serious Fraud Office in a recent corruption related civil recovery case involving a middleman at the centre of the Brazilian Car Wash scheme, Julio Faerman, who had pleaded guilty to paying bribes in Brazil. The SFO had secured a Property Freezing Order on a luxury flat owned by Faerman in London that was worth £4.2 million and were also investigating a number of Swiss bank accounts and offshore companies. In November 2020, the SFO settled with Faerman for £1.19 million – a quarter of the value of the flat.

There can be no doubt that these settlements offer a good deal for their recipients. In all of these settlements, the party whose assets had been under investigation for corruption and money laundering have been able to:

– keep part of the alleged proceeds of crime that had been under investigation, and

– have assurance that there would be no further investigation into their affairs.

Settlements also help those subject to investigation avoid any scrutiny of the underlying activity for which they were being investigated. As the Javadovs’ lawyer told the court, as he resisted applications from the media to have documents that formed the basis for the forfeiture proceedings against the couple published, the whole point of a settlement is “to avoid matters being dealt with in open court”. Giving these documents to the media he argued would undermine incentives of suspects to enter into settlements.

Scant information about the reasons behind a settlement is followed by a black-out on all further information relating to the case.  Journalists looking into the Malik Riaz case met a wall of silence from the NCA owing to a confidentiality agreement the NCA had signed with Riaz (and the fact that the agency is exempt from any Freedom of Information requests), to which the Pakistan government was also supposed to agree. One UK based journalist who uncovered information about the underlying Account Freezing Orders in the case found that his details had been forwarded by the NCA to Mr Riaz’s lawyers – something that he successfully complained about to the Information Commissioner’s Office.

What’s in it for UK enforcement?

UK law enforcement bodies are under pressure to get results. When they lose cases, they face endless criticism, as with the recent Kazakh Unexplained Wealth Order, and more damagingly, high potential adverse costs and accusations of wasting taxpayers’ money.

On top of which they are up against kleptocrats who have endless money to hire the best lawyers money can buy and to wage a legal war of attrition against them. A Pakistani government advisor is alleged to have told the NCA that if they didn’t settle with Malik Riaz, he would “finish their prosecution budget.”

Additionally, enforcement bodies face a UK court system that is creaking at the seams with few judges specialised in economic crime or confiscation to hear their cases. Given this backdrop it is perhaps unsurprising that agencies like the NCA would choose an easy way out.

What makes the use of settlements confusing, however, in civil recovery cases, is that civil recovery itself is meant to be the easy way out. Rather than choosing the criminal route – one that the former Metropolitan Police Proceeds of Corruption laboriously but successfully went down with prosecuting former corrupt Nigerian governors, such as James Ibori – civil recovery or non-conviction based forfeiture, operates to a lower (and therefore easier) standard of proof.

The danger with settlements in these cases is that they suggest that law enforcement bodies are struggling to bring home cases even with this lower standard of proof and that, for whatever reason, the UK’s new non-conviction based forfeiture powers like Account Freezing Orders and Unexplained Wealth Orders are not up to the task of tackling the UK’s dirty money problem.

Back in December 2019, anti-corruption groups like Spotlight on Corruption wrote to the NCA about their concerns about the Malik Riaz case. These concerns included that settlements risked giving the perception of impunity where no admission of guilt was made and few details of the suspected criminality were published.

In February this year, the NCA published its new Civil Financial Investigations and Associated Publicity Policy. It committed to ensuring that accepting a reduced sum through a settlement will not “damage public confidence.” Judging by the reactions to the settlement in the Azerbaijani Laundromat, it isn’t clear that it has yet successfully achieved that.