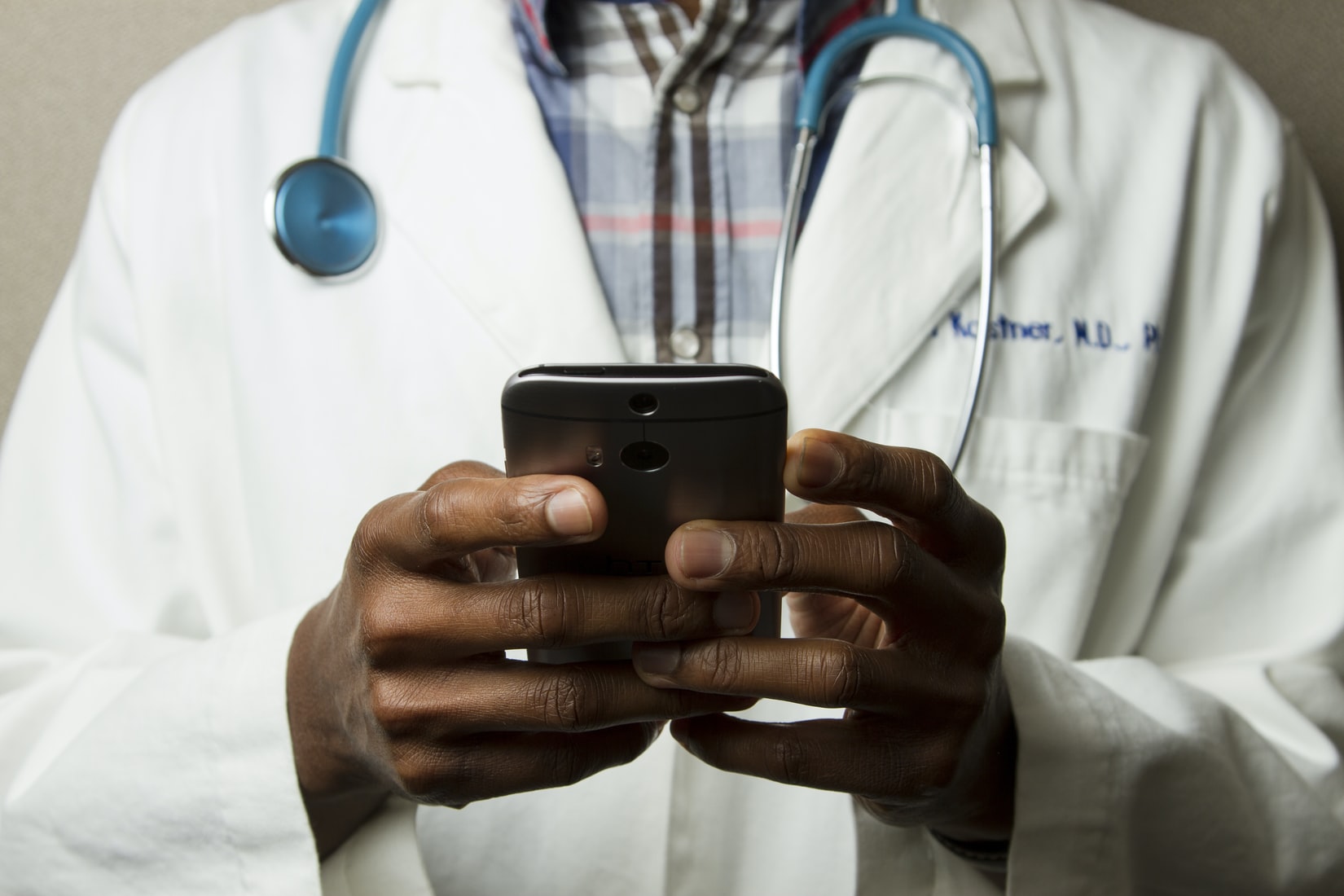 Are conflicts of interest being managed properly in government during COVID-19? The case of NHSX

Spotlight blog by Daniel Beizsley on whether conflicts of interest are being managed properly during the COVID-19 crisis and the curious case of NHSX.

In response to the COVID-19 emergency the government, in line with international practice, has relaxed public procurement regulations and is directing substantial extra spending toward public bodies including the NHS. As contracting authorities race to sign agreements with private sector suppliers, contract awards are not being disclosed leading to concerns that conflicts of interest may go unnoticed during the crisis.

Spotlight on Corruption has identified the partnership between the digital arm of the NHS and AI start-up Faculty Science as in need of additional scrutiny. On 12th April The Guardian revealed the company has been building predictive computer models for the government based on large volumes of patient data. Spotlight on Corruption has additionally identified that Lord Agnew, Minister of State at the Cabinet Office representing HM Treasury, owns a significant shareholding in Faculty. At the same time, and as reported previously, the brother of Faculty’s founder has an active role in government as an advisor on digital strategy.

NHSX is the digital arm of the NHS which brings together teams from NHS England and the Department of Health and Social Care to “drive digital transformation” through improved data architecture, data science, and app development. The new unit, established in 2018 by the health secretary Matt Hancock, has a budget of £250 million to develop an Artificial Intelligence Laboratory to “streamline the development and deployment of practical applications of artificial intelligence in the NHS.”

In response to the COVID-19 crisis, the unit is being repurposed to partner with big tech companies to streamline the NHS’ approach by creating a single “data store” to provide real-time information to NHS staff and policy makers on where clusters of the virus may occur, and where NHS capacity (ventilators, beds, staff) is available or is stretched. The unit is also overseeing the development of the soon to be rolled out contract tracing mobile phone application. According to press reports, Number 10’s chief advisor Dominic Cummings invited tech companies to contribute to developing the system at a summit in March and now includes the participation of Microsoft, Palantir, Amazon, Google and the London AI start-up Faculty Science.

Despite the involvement of these tech companies being announced on the NHSX blog in March there has been no further details revealed or any official announcement on the government’s contracting portal giving details on the size or duration of the awards despite assurances by the Cabinet Office that the usual procurement processes have been followed. By failing to publish information about contracts it is signing including one connected to a serving government minister during the COVID-19 emergency in a timely and transparent manner, the government is increasing the possibility of conflicts of interest going unnoticed in the absence of appropriate scrutiny at a time when significant additional spending is occurring.

Faculty Science is participating in the government’s response to COVID-19 by developing a digital dashboard, models and simulations to provide real-time information to central government. Set up in 2014, the company has grown rapidly by selling AI solutions and consultancy services to private and public sector entities and has previously partnered with the Home Office to develop AI software to prevent Daesh from uploading videos to the Internet as well as projects with the National Crime Agency, Department for Business, Energy & Industrial Strategy (BEIS) and the Financial Conduct Authority. Prior to the outbreak, Faculty was already working with the NHS on the development of its AI lab. According to a Cabinet Office spokesperson, the involvement of Faculty Science in the government’s COVID-19 response is through a modification to an existing contract and was overseen by NHSX without the involvement of the Cabinet Office or the Treasury. Details of the contract have not been published on the government’s contracts tracker.

The government and NHSX’s recruitment of Faculty to assist in its COVID-19 response raises serious conflict of interest concerns given that Lord Agnew is an investor in the company and currently holds 192,500 category A shares or 5% of the total category A shares issued. According to the annual return posted by Faculty Science at Companies House in February this year, these shares have a nominal value of £73,150 and give Lord Agnew full voting rights and a share of any dividends the company pays out. In addition, he holds 49,979 ‘Series 3’ shares with a nominal value of £18,492 comprising 1% of that issue.

Lord Agnew was appointed to the Treasury in February of this year. He may have been involved in some capacity in drafting the March budget through which significant additional sums were earmarked for the NHS. In addition, Lord Agnew has also been appointed to head the Government Digital Service (GDS) – the department responsible for authorising departmental spending on digital technology over £100,000. Faculty has as recently as November 2019 been awarded two contracts worth £185,000 by GDS.

Neither the two contracts awarded to Faculty Science by the GDS or the NHSX contract reach the £100,000 threshold requiring approval, however, the overlap between Lord Agnew’s role as supervising digital procurement decisions while being a shareholder in a company obtaining government contracts for digital services poses serious questions as to how actual and perceived conflicts of interest are being managed during the emergency.

Lord Agnew’s shareholding in Faculty as well as in several other tech firms has been disclosed on his submissions to the House of Lords register of members interests since shortly after his nomination for a peerage in October 2017. On appointment to his role as a Minister, Lord Agnew, according to the Cabinet Office, reported his shareholding in Faculty to the Permanent Secretary in line with the requirements of Ministerial Code. The Code sets out actions needed to be taken by Ministers to avoid conflicts of interest such as reporting their financial interests to their permanent secretaries and consulting with the independent adviser on Ministers’ interests.

Compared to other European countries the UK’s approach to monitoring Ministers’ financial interests while in government is comparatively lax, however, with several other countries either calling for divestment as a condition of appointment or management rights of financial interests being transferred to a 3rd party for the duration of the appointment.

Beyond declaring interests, potential conflicts should be pro-actively managed meaning that where Ministers retain financial interests, a declaration should be made to colleagues if they discuss any public business connected to the financial interest, while the Minister in question should not participate in any such discussion. This, in theory, should preclude Lord Agnew from participating in discussions on the government’s COVID-19 response that involves Faculty. According to the Cabinet Office, Lord Agnew had no involvement in the awarding of this contract.

However, as head of the Government Digital Services it is essential that perceived conflicts of interest involving Lord Agnew’s shareholding in a digital company winning contracts with government are also properly managed.  According to advice from the National Audit Office on conflicts of interest, an individual holding shares in an entity affected by the policy issue on which they are working is a potential conflict of interest that needs to be managed.

Lord Agnew has previously faced questions over the appropriateness of his interests outside of politics while occupying a ministerial post. In 2017 he stood down as chairman of the Inspiration Trust when he became a schools minister but retained his status as a member as trustee.

Connections between Faculty and the government also include family ties. Ben Warner, the brother of Faculty’s co-founder Marc, has a close relationship with Downing Street after having played a key role in developing the data modelling used by the Vote Leave campaign in 2016 under the stewardship of Downing Street advisor Dominic Cummings. At the time, Faculty traded as Advanced Skills Initiative Ltd and supplied advertising and market research for the campaign. Since leaving his role as commercial principal at Faculty, Warner ran the Conservative Party’s data modelling during the 2019 election campaign and currently advises the government on its data strategy.

Information on Warner’s exact role in government has not been disclosed. Advisers to government ministers (SpAds) have traditionally reported to ‘their’ minister, an arrangement which was changed by Dominic Cummings in 2019 who now oversees the activities of all SpAds across government.

The Cabinet Office releases the names of SpAds along with information on their salary ranges and the total cost, however these disclosures are only released on an annual basis every December meaning that details on Warner’s appointment will not be disclosed until much later this year and then only if he has remained in the post.

The government also publishes information on gifts and hospitality received by SpAds and information on meetings (the name of organisation, date, purpose) they have attended. This information is released on a quarterly basis meaning that it is between 3 and 6 months old when it is disclosed meaning that any official record of Warner’s meetings with Faculty or any other business will not be revealed until the end of June.

Faculty has a number of other notable shareholders with government connections. Mike Bracken holds 12,943 shares and was previously the Chief Data Officer for the UK Government until October 2015 as well as being the co-founder of the Government Digital Service (GDS) which leads on developing the government’s wider digital strategy.

Public procurement during the COVID-19 emergency – how transparent is it?

The main framework for public procurement in England and Wales is the 2015 Public Contract Regulations (PCRs) based on EU Directive 2014/24/EU, under which government must publish contracts over £10,000 on the Contracts Finder website. At present, Contract Finder lists 4 government contracts awarded to Faculty Science worth £574,000.

One of the contracts awarded to Faculty is to provide “decision support tools” to the Department for Business, Energy and Industrial Strategy to track the impact of COVID-19 through monitoring of vulnerable businesses and recording closures. This contract, however, is unrelated to the NHSX work Faculty is undertaking and neither do the contracts awarded to its partners (Microsoft, Palantir, Amazon, Google) appear, meaning the only information available on the partnership is from a government blog post.

Understandably, and in line with most countries, normal procurement rules have been upended by the COVID-19 crisis. The government’s COVID-19 policy note (mirrored by one from the EU Commission) allowing public bodies to procure goods and services with extreme urgency permits authorities to:

While Lord Agnew was not, according to the Cabinet Office, involved in decision-making about the Faculty Science contract, Lord Agnew’s shareholding in Faculty Science  while head of the Government Digital Service poses questions of perceived conflict of interest. It is essential that such perceptions are managed during the COVID-19 crisis effectively.

Even during the COVID-19 emergency and the resulting pressure on procurement processes, it is vital that there is transparency over which companies receive public contracts in order that any potential conflicts of interest can be identified and remedied and accountability where such conflicts arise.

Spotlight on Corruption recommends that the government:

1. Clarify the contractual details of Faculty’s involvement in the government’s COVID-19 response.

2. Require Lord Agnew to divest his shareholding in Faculty Science and undertake a review of his extensive business interests to ascertain whether other conflicts of interest are present.

3. Update the Contracts Finder website to publish up-to-date information on contracts awarded through emergency procurement procedures. Contracts awarded in response to the COVID-19 emergency must be open to scrutiny for potential conflicts of interest and other financial risks such as fraud and corruption.

4. Update the Special Advisor registry on a monthly basis to provide up-to-date and accurate information while introducing a requirement to the SpAd Code of Conduct for advisors to disclose financial and personal interests so that conflicts of interest can be identified and managed.

This blog was amended to take into account a response from the Cabinet Office on 23rd April 2020.