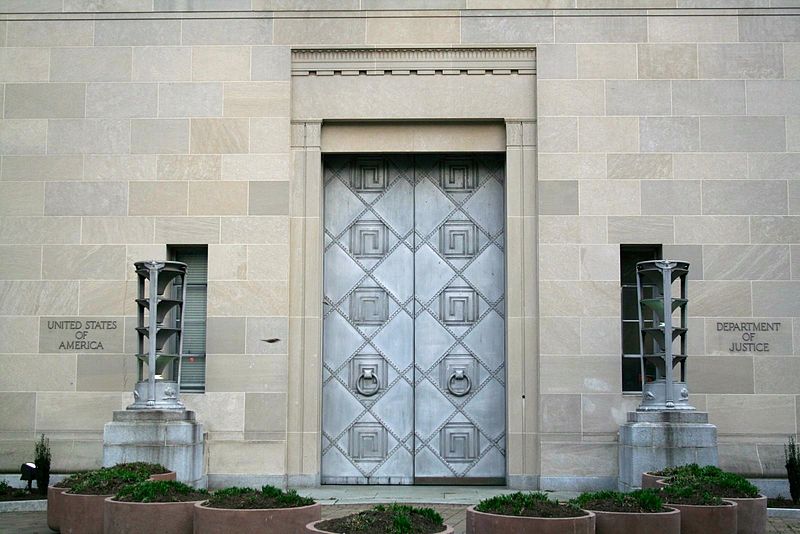 The US Department of Justice shouldn’t get away with acting as the bully of anti-bribery enforcement: lessons from the Tom Martin employment tribunal.

On 17th February 2021, a UK employment tribunal found that Tom Martin – a former case controller at the Serious Fraud Office (SFO) – had been unfairly and wrongfully dismissed. Martin had been responsible for the agency’s investigation into bribery by oil services firm Unaoil, an intermediary for some of the world’s biggest oil companies.

Martin was first suspended in July 2018 and then dismissed in December 2018 by the SFO after a complaint made by the US Department of Justice (DOJ) alleged he had called an FBI official a ‘cunt’ in a pub – a complaint made two years after the alleged incident occurred.

The judge found that:

– While Martin did call the FBI officer a “quisling”, and probably called him a “spy”, he did not call him a “c***” and that in any case the FBI officer had not taken offence at the time (paras 85-86);

– The SFO did not conduct a fair investigation into Martin’s claims that the DOJ’s complaint was made because they wanted him removed from the Unaoil case (paras 105-109) or that the use of colourful language was a common lexicon among criminal prosecutors (para 110);

– Martin was indeed suspended because the DOJ wanted him removed from the case. Judge Glennie found that “the only possible outcome of a reasonable consideration” of Martin’s case was that this complaint was “part of an attempt to secure his removal as case controller;” (para 114);

– The DOJ’s complaint about Martin, which was made alongside complaints by the defence lawyers of senior executives of Unaoil, was due to Martin being an impediment to one of these senior executives being extradited to the US where he would receive “some sort of credit for cooperating with future investigations.” (para 22.) Judge Glennie found it “inescapable that the US agencies and the defence team had the same reason for raising the complaints, namely that they wanted [Tom Martin] removed so as to prevent difficulty with their joint wish to have Mr Ahsani extradited to the US.” (para 114.4.)

The backstory as to why the DOJ wanted Tom Martin removed as case controller emerged from documents and witness statements presented to the tribunal. It is worth telling because it shows extraordinary behaviour by the DOJ against one of its key law enforcement allies on fighting bribery, and has real implications for global anti-bribery enforcement.

Chronology of a deteriorating relationship

In March 2016, just a few days before the Panama Papers hit global headlines, a huge global bribery scandal in the oil industry was exposed by Australian newspaper, The Age, involving a small Monaco-based company, Unaoil. Unaoil had acted as an intermediary for many of the largest oil and energy companies in the world, including the UK’s Rolls Royce and the US’ Halliburton. The SFO opened a criminal investigation into Unaoil the same month.

The incident which got Martin sacked happened at the beginning of the investigation in May 2016, following a meeting at the US Embassy with a view to fostering cooperation between the SFO and US authorities. While the incident suggests that the relationship did not get off to a flying start, the two agencies proceeded with their separate investigations on the basis that they would cooperate.

As the SFO’s investigation developed it became increasingly interested in the senior executives of Unaoil, the British-Iranian brothers Cyrus and Saman Ahsani – who were respectively CEO and Chief Operating Officer. While both were British nationals, they had a base in Monaco where Unaoil operated from.

According to documents put before the Martin employment tribunal, in February 2017, the US DOJ assured the SFO at a meeting in Washington that it would give the UK agency first go at prosecuting the Ahsanis. In 2017, a judicial review challenge by the Ahsanis in the UK courts – in respect of the SFO’s Letter of Request to Monaco Authorities in 2016 to raid Unaoil’s offices – was rejected by the judge, giving the SFO a clear run with their prosecution.

In late summer 2017, on the basis of their understanding with the DOJ, the SFO went ahead and issued a European Arrest Warrant (EAW) against the Ahsanis. It also laid charges in the autumn of 2017 against three former Unaoil employees, who it intended to prosecute alongside the Ahsanis. Unbeknownst to the SFO, the DOJ started to have discussions with Saman Ahsani (the only Ahsani left in Monaco at that stage), in the Autumn of 2017 about cutting a deal with them – a fact it failed to inform the SFO of despite regular communication between the two agencies.

In February 2018, the SFO hit a wall – Monaco’s authorities refused the EAW for Saman Ahsani. But in April 2018, Ahsani decided to travel to Italy where he was arrested in Rome under the SFO’s EAW.

Despite the DOJ’s verbal assurances less than a year earlier that the SFO had primacy in relation to this suspect, the DOJ went to meet Saman Ahsani in Rome and offered to give him a plea deal in the US. The DOJ subsequently requested that the SFO withdraw the EAW so that Saman Ahsani could travel to the US.

At this point, the SFO had named Saman Ahsani on an indictment for a trial booked to start in April 2019 and the then UK Attorney General, Jeremy Wright, had given his consent to prosecute him. Senior management of the SFO agreed that they would not cede primacy to the DOJ over the suspect. Wright also refused to withdraw his consent to prosecute the Ahsanis.

The DOJ then started to work with an Italian prosecutor to frustrate the SFO’s extradition request to Italy. The Italian prosecutor opened domestic charges against Ahsani that would take precedence over the UK request. This was despite a recommendation by the Italian Ministry of Justice and the prosecutor in the region where Saman Ahsani was being held, that he be extradited to the UK.

As a result of these manoeuvres, and three weeks after Tom Martin was suspended and effectively removed from the picture, Saman Ahsani flew to the US and entered into a plea agreement alongside his brother Cyrus with the DOJ. As the Ahsanis have yet to be sentenced and the court documents in relation to the Ahsanis remains under seal, it is not yet known what the plea agreement consists of or what leniency they have been offered.

Stabbing an ally in the back?

The SFO’s prosecutions of three Unaoil employees went ahead, meanwhile, with one pleading guilty in 2019 and two found guilty in July 2020 by UK courts. The DOJ’s behaviour had, and may still have, the potential to seriously impact these prosecutions. The DOJ’s potentially favourable treatment of the Ahsanis and the issue of cross-jurisdictional fairness was raised as a mitigating circumstance by defence lawyers at the sentencing hearings of these employees. It is still possible that appeals against these sentences may be lodged following the Ahsanis sentencing in the US.

According to SFO investigators and lawyers involved in the case, who provided witness statements in favour of Martin’s case, the DOJ’s Foreign Corrupt Practices Act (FCPA) Unit was “lacking candour, transparency and integrity and… sought to undermine [the SFO] in order to further its own interests” (para 64).

According to this testimony, in addition to working to get Martin removed, the FCPA Unit’s behaviour included:

1) deliberately withholding information from the SFO about information in its possession relevant to the Unaoil investigation despite the fact the agencies were cooperating;

2) deliberately withholding information from the SFO about plea discussions it was having with Saman Ahsani when he was subject to a SFO arrest warrant;

3) seeking evidence of the SFO’s investigation, including the basis of its investigatory orders, and information on meetings and conversations with the SFO from the lawyers of defendants who were providing information to both the SFO and DOJ;

5) engaging in informal discussions jointly with the lawyers acting for the suspect with an Italian judge deemed to be in an inappropriate and unprofessional manner;

6) withdrawing cooperation from the SFO on other cases to place pressure on the SFO to withdraw its extradition requests against the suspect in the Unaoil case; and

7) suggesting that sharing cooperation provided by the suspect with the SFO may depend upon who was in charge of the investigation and what leniency the SFO would offer.

Accordingly, the DOJ’s FCPA Unit directly sought to undermine the SFO’s investigation, and sought to internally interfere with who was in charge of that investigation. It was behaviour that former general counsel of the SFO, Alun Milford, told DOJ colleagues made the SFO “look like fools when we say (as we still do) that we have a good trusting relationship.

The position was summed up in an email dated 16 April 2018 from Milford to a counterpart at the DOJ: “it became clear that you were prepared to put a short term advantage on a single case above a respectful and trusting relationship with us. It will not help any part of that rebuilding to have Tom Martin’s name invoked as a justification for what you have done.” (para 24 of the tribunal decision.)

The key question is why would an agency that should overtly be wanting to encourage other jurisdictions to pull their weight and cooperate in anti-bribery enforcement behave this way? Is it because the DOJ has got used to being the main enforcement actor in this space, and doesn’t really trust others to do the job properly? Or is it something more self-serving – that by encouraging the Ahsanis to become cooperating witnesses in the US, the DOJ would be able to use their evidence to bring cases against a greater range of large oil companies, domestic and foreign, that used Unaoil as an intermediary, and rake in the resulting fines? The $296 million fine against French oil company Technip in June 2019 was widely regarded to be one result of that cooperation.

Relations between the SFO and DOJ improved dramatically after Lisa Osofsky, a former deputy general counsel at the FBI, became SFO director in September 2018. However, it would appear that the SFO had to throw one of its most successful prosecutors under the bus in the process. While Martin has his critics, he helped land the UK’s first conviction for a section 7 Bribery Act offence; brought home 10 convictions against the company and employees in the Bertling case for corruption in Angola and the North Sea; and laid the groundwork for the SFO’s ultimately successful prosecutions in the Unaoil case.

The UK needs tough prosecutors, and the DOJ as its ally should be encouraging robust prosecution strategies by the SFO, rather than looking for subservient law enforcement bodies that cede suspects to it on a platter. The fight against global bribery is too important for infighting and inter-agency bullying.

The full judgement can be read here