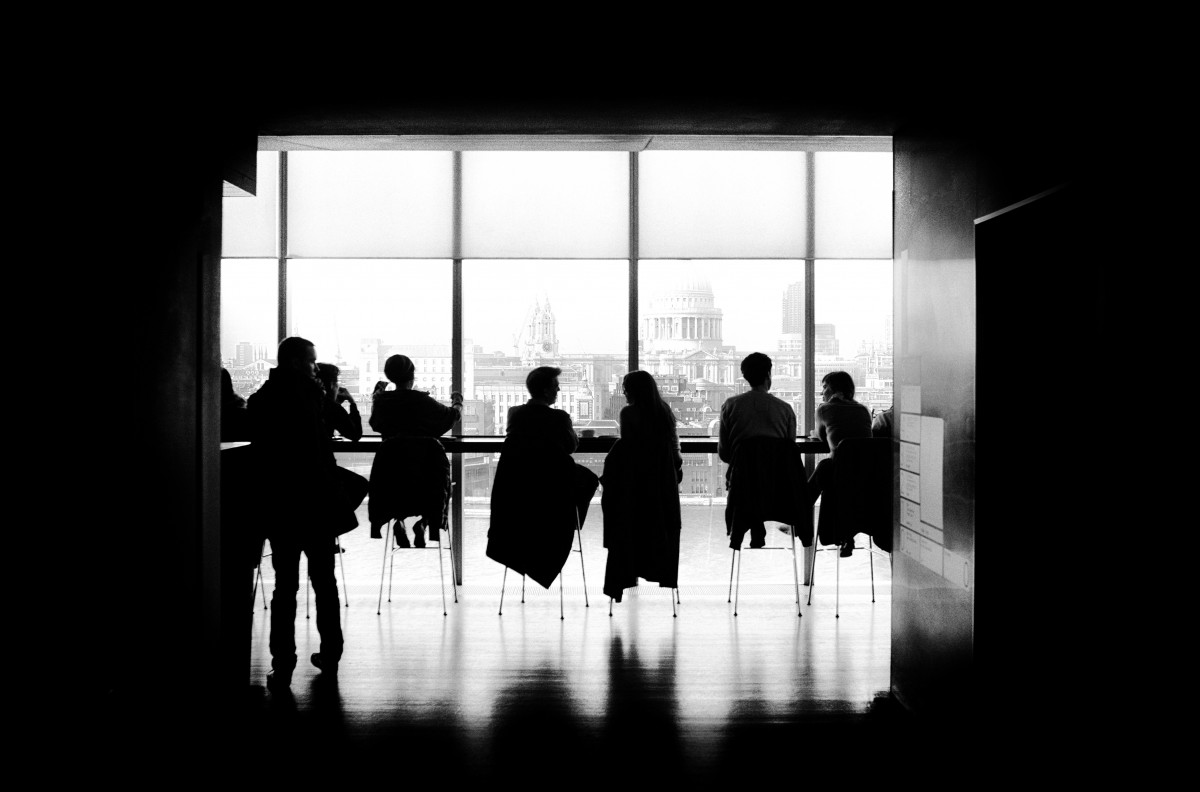 Last week’s much anticipated National Audit Office report into the government’s handling of emergency procurement during COVID-19 effectively corroborated widespread allegations of cronyism in the dishing out of PPE contracts. The report, covered extensively in the foreign press, found that 493 suppliers were referred through a “high priority lane” managed through a dedicated mailbox used by Ministers, MPs, Lords and officials and that those referred through this lane were 10 times more likely to win contracts. Gaining a reputation for cronyism in public procurement couldn’t come at a worse time for the UK as it seeks to launch itself on the world stage as an independent trading nation, and the government needs to take urgent steps to avert this reputation bedding in.

Despite the understandable suspension of normal procurement rules as a result of the emergency created by the pandemic, the NAO report is clear that government bodies were still bound by specific conflict of interest rules. However, the government’s approach to emergency contracting effectively turned ordinary rules on handling conflicts of interest on their head. Personal relationships were encouraged as a criterion for putting suppliers in the high priority lane, rather than being used as a grounds to vet applicants. Furthermore, the recording of conflicts of interest required under procurement rules went out the window. In half of the cases that went through the ‘high priority lane’, paperwork recording who had referred the supplier was not properly kept.

Spotlight on Corruption warned in April at the onset of the pandemic that the government’s awarding of contracts tainted by conflicts of interests would, if left alone, create substantial problems down the line. In the same month, the Council of Europe body ‘Group of States Against Corruption’ (GRECO), and soon after the IMF, recognised that conflicts of interest risks during the pandemic would leave the door open to cronyism, nepotism and favouritism.

The NAO report was released in the same week that the UN published in full its evaluation on the UK’s implementation of the UN Convention against Corruption, in which it has called on the UK to take a tougher approach to handling conflicts of interest, especially involving those at the top of government.

Both reports should be a wake up call to the government that it needs to take urgent action to get a grip on how it manages conflicts of interest. Procurement is recognised as a high risk area for corruption by the government and is one of the six priorities in its anti-corruption strategy which commits the UK to “promoting open and transparent government” through ensuring public money is spent “honestly and efficiently.”

It is essential that the government now take urgent stock of how it can restore its reputation as a country that promotes good governance and as a fair place to do business.

What conflicts of interest did the NAO find?

The NAO report highlights three contracts worth a total of £257 million that also attracted significant media coverage over the Summer, primarily for being affected by conflicts of interest resulting from close connections between firms, their advisors, and members of the government

– £253 million for Ayanda Capital, a firm which supplied facemasks and was advised by Andrew Mills who at the time also advised the Board of Trade, as uncovered by the Good Law Project

– £840,000 contract for Public First to supply communications support. The company’s directors had previously worked for Cabinet Office Minister Michael Gove, as reported by the Guardian

– £2.9 million across 3 contracts for Faculty Science to provide data services to NHSX, the Ministry of Housing, Communities & Local Government and the Department for Business, Energy & Industrial Strategy. Spotlight on Corruption first reported in April that Minister of State at the Cabinet Office Lord Agnew was an investor in the company. The NAO’s report states they found no evidence of Lord Agnew’s involvement in the contract award.

What are the rules for managing conflicts of interest and why didn’t they kick in?

The UK’s procurement legislation, the Public Contracts Regulations 2015 (PCRs) requires awarding bodies to take measures to document all stages of the procurement process, including whether steps have been taken to identify and manage any potential conflicts of interest.

In March, the UK alongside most EU countries, issued a procurement policy notice signalling that it would move to procure goods “with extreme urgency” by reverting to emergency procedures allowing departments to award contracts directly without tender. This was met by a sudden drop in transparency in the UK and across Europe as contract awards went unpublished, leading to journalists to take legal action to obtain information.

Even though the rules were relaxed, specific rules on handling conflicts of interest and the need to record decisions were not. Regulation 24 of the PCRs required awarding bodies to be responsible for managing conflicts of interest while Regulation 84 required them to keep sufficient documentation to justify decisions taken during all stages of the procurement procedure.

Even in emergency situations, these rules are kept in place to ensure all firms bidding on contracts receive equal treatment and to prevent distorting the market. Departments were still under the obligation to check for conflicts and if identified, should have proceeded to take appropriate action to remedy them including reviewing the specific role played by the individual in the tender, and whether this had any impact on the fairness of the procedure. As a last resort, and where a conflict of interest couldn’t be effectively remedied,Regulation 57(8)(e) provided contracting authorities powers to exclude the bidder from the tender process.

In each of the three transactions above, the NAO report notes there were significant gaps in the way departments recorded their decisions for choosing suppliers, the justification for reverting to emergency procurement or, crucially, consideration as to whether there could be any conflicts of interest. This finding confirms that departments were failing to comply fully with regulation 24, resulting in conflicts going unnoticed and unrecorded.

In the case of the largest contract covered in the NAO report, Ayanda Capital declared on its ‘standard new supplier’ form to be free from any conflict of interest. Officials from the Department of Health & Social Care (DHSC) did undertake due diligence on the company on two occasions, but the process didn’t extend beyond checking the political connections of the firm’s directors to include its advisors. If identified beforehand the DHSC could have taken steps to limit or prevent Andrew Mills’ involvement, instead, he played a key role in the tender process including signing the contract as Ayanda’s representative.

Conflicts in government during procurement

Rules on conflicts of interest also apply to individuals working across government, including for government ministers who according to the Ministerial Code “must scrupulously avoid any danger of an actual or perceived conflict of interest between their Ministerial position and their private financial interests.”

To ensure this happens, Ministers must give up-to-date information regarding their financial interests to their permanent secretaries and consult with the Independent Adviser on Ministers’ interests if a potential conflict arises. Special advisors and members of the civil service are also under the obligation to report any potential conflicts.

Information regarding any alleged breach of the Ministerial code is relayed by the Cabinet Secretary to the Prime Minister who takes a decision on whether to refer the matter to the Independent Adviser on Ministers’ Interests for further investigation. The Independent Adviser reports to the Prime Minister who decides whether any further action is warranted, meaning that the PM is both judge and executioner. Traditionally, Ministers found to have breached the code have resigned – a practice upended by Priti Patel’s refusal to leave government after being found to have breached the Ministerial Code.

Spotlight on Corruption in April identified Lord Agnew’s simultaneous roles in government and as an investor in Faculty Science as a potential conflict of interest; this is further scrutinised in the NAO report. The NAO found that Lord Agnew had declared his interests as required, and was not directly involved in the awarding of any of Faculty’s three contracts. However, it also found that only one of the three contacts Faculty secured (that with NHSX) was scanned for conflicts of interest and that no potential conflicts of interest were identified, nor reasons for choice of supplier given. This seems surprising given that the Minister’s share ownership was a matter of public record. Hence this raises questions about whether the screening for conflicts of interest is adequate.

Spotlight on Corruption has made further Freedom of Information requests attempting to ascertain the content of conflicts of interest declarations at the Cabinet Office, and has been told that there is no system in place to collect and monitor such information.

Instead, the Heads of Management Units are “responsible for putting in place appropriate arrangements to record a declaration of actual/potential conflicts of interest.” This suggests an ad-hoc decentralised system operates in the Cabinet Office which leaves open substantial room for inconsistencies and deviation. In the absence of any established framework or standardised process to record information on conflicts, it is not clear how conflicts, real or perceived, can be proactively managed.

What does the UN report on UK compliance with the UN Convention Against Corruption say about how the UK manages conflicts of interest?

Although the UN report has not received widespread media attention, its findings are highly topical. While it finds the UK broadly in compliance, the report highlights as one of the challenges the UK faces in implementation of the Convention its mechanisms for analysing and mitigating conflicts of interest especially by those in “top executive functions”.

Following similar recommendations already made by the Council of Europe’s Group of States Against Corruption (GRECO) – a group that includes EU members and various other states including the US and Russia, the UN proposed that the UK:

– establish a centralised process of conflict of interest management; and

– give the Independent Advisor on Ministers’ Interests greater powers to investigate conflicts of interest and conduct; and

– to clarify and broaden the scope of what are considered “relevant interests” in ministers’ declarations of interest.

If left unchecked, concerns over conflicts of interest will exacerbate growing distrust of the government at a time when it urgently needs trust to see through its response to the pandemic and post-pandemic economic recovery. The UK should now overhaul its current approach if it is to avoid the perception already taking hold that cronyism and nepotism are becoming entrenched in public contracting.

Spotlight on Corruption recommends that the government:

1) Urgently establish a centralised function to record and manage conflicts of interests in government, in line with UN and GRECO recommendations;

2) Conduct a full review of outstanding conflicts of interest in COVID contracts, and ensure these are made public and a road map for how they are being managed laid out;

3) Ensure that going forward, all contracts awarded meet standards laid out in Regulation 24 of the Public Contracts Regulations, with a full paper trail of decisions made, and full transparency of how conflicts of interest have been handled;

4) Review with immediate effect the remit of the Independent Advisor on Ministers Interests in line with UN and GRECO recommendations, to give the Advisor independent statutory status including power to investigate conflicts of interest by ministers and to take action if required.