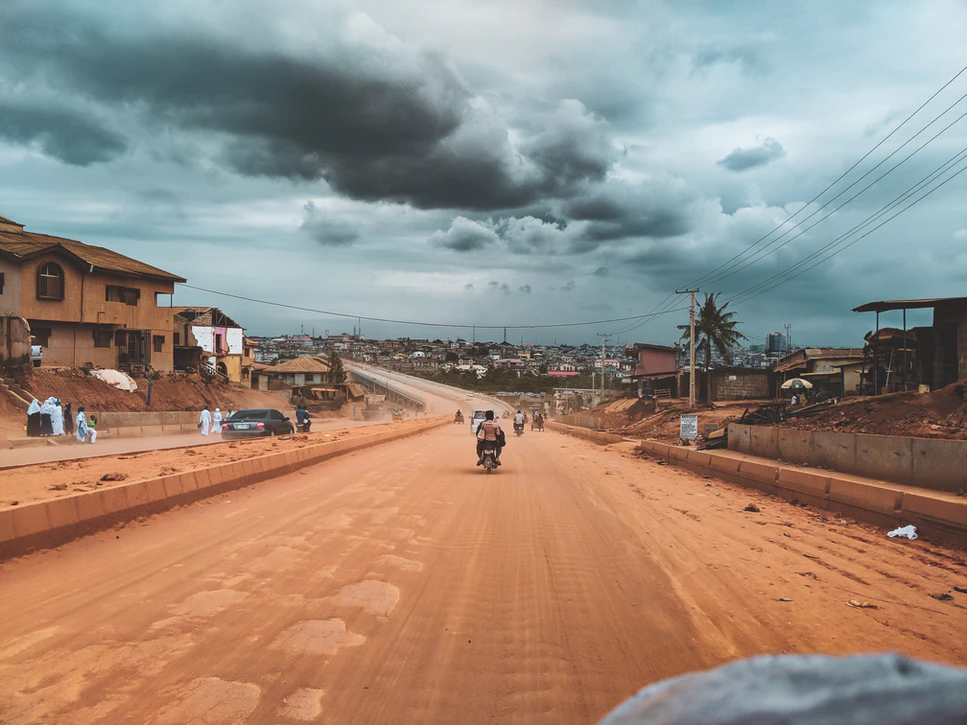 James Ibori: Confiscating the corrupt assets of a Nigerian Governor

An overview of all the UK litigation related to James Ibori, with relevant court documents. This is an example of just one of the many case overviews (with documents) we will be publishing on our website as part of a cases database.

James Ibori, two-term Governor of Delta State from 1999 to 2007 was convicted in the UK courts in 2012 after pleading guilty to money laundering and conspiracy to defraud the Nigerian state and its people of £50 million. Prosecutors alleged that Ibori had stolen around $250 million during his tenure and the judge sentencing Ibori described the £50 million to which Ibori pleaded guilty as “ludicrously low.”

Ibori had previously been convicted in the UK for theft when working for Wickes as a cashier. After forging his date of birth on his passport as a way to cover up this conviction, Ibori went on to become governor of Delta State where he earned a $25,000 salary. Despite his modest official income, Ibori enjoyed a lavish lifestyle, laundering his corrupt cash through a network of associates and family members.

Ibori’s wealth included an extensive property portfolio of six properties in London as well as further property in Washington, Houston and Johannesburg. His children attended an elite UK private school. Meanwhile Ibori owned a Jaguar and a Bentley and was in the process of buying a £20 million Bombardier private jet when he was arrested in Dubai from where he was extradited to the UK in April 2011.

Ibori returned to Nigeria in February 2017 after his release from prison. UK authorities tried unsuccessfully to detain him further while they recovered his assets.

The road to confiscating Ibori’s looted assets and returning them to Nigeria has been a long and arduous process for UK prosecutors. $35 million of Ibori’s assets were first frozen by UK courts in 2007. A first confiscation hearing ended inconclusively in late 2013. A fresh confiscation trial due to begin in 2014 was stalled after Ibori and his associates sought to appeal their convictions on the basis of alleged corruption in the Metropolitan Police after Ibori’s team hired private investigators. Ibori and his associates’ defence team also alleged prosecutorial misconduct in covering up the misconduct. These allegations were given extensive coverage in the UK press.

In November 2018, the UK’s Court of Appeal rejected these appeals, finding that the allegations that officers investigating Ibori had been paid bribes were unproven, and that Ibori himself had instigated any such attempts to pay bribes. A complaint to the press regulator by the chief prosecutor about coverage of the prosecutorial misconduct in the Daily Mail was also upheld. Ibori’s application to appeal his conviction all the way to the European Court of Human Rights, was also rejected in November 2019.

In January 2020 prosecutors moved to confiscate £117 million in stolen funds from Ibori (considerably more than the £50 million he pleaded guilty to stealing) as well as £2.6 million from his mistress, Udomaka Onuigbo (although prosecutors believe she has benefited from a total of £26 million for her part in facilitating Ibori’s corruption).

Ibori’s associates were also successfully targeted by UK law enforcement. These include:

– a corporate financier, Lambertus De Boer, and a fiduciary agent in Jersey, Daniel McCann, both sentenced to 30 months for money laundering and forgery. McCann was subject to a confiscation order of £45,000 in 2012;

– a partner in a law firm, Bhadresh Gohil, who was sentenced to 10 years in prison in 2010 and  was “struck off” the register of solicitors shortly after his conviction. In September 2020, UK prosecutors launched confiscation proceedings to recover £30.8 million from Gohil. The hearing in this case is expected to take place in September 2021.

– a former Goldman Sachs banker, Elias Nimoh Preko, was sentenced to four and a half years in 2013 and ordered to pay £7.3 million in confiscation in September 2019. His appeal against this order was rejected in February 2021.

Why does this case matter?

– The Ibori case is the first time corrupt funds have been returned to Nigeria under a 2016 Memorandum of Understanding agreed at the London Anti-Corruption Summit.

– The return of Ibori-related assets is a test case for how such funds can be returned to countries in a transparent and accountable way where there are concerns that money could be lost again to corruption and whether the UK government will follow guidelines established at the Global Forum on Asset Recovery.

– The case shows just how difficult and lengthy it is to confiscate and recover corrupt assets in the UK even where the individual has pleaded guilty and convicted. Corrupt actors have significant sums at their disposal to draw out proceedings and are prepared to play very dirty.

– The case has exposed the role of Western “enablers” in facilitating Ibori’s defrauding of the Nigerian state. In the 2012 criminal case against Ibori, prosecutors stated that Ibori and his associates used multiple accounts at Barclays, HSBC, Citibank and Abbey National (now owned by Santender) to launder millions of pounds worth of funds which was later used to purchase luxury London property. While none of these banks have been fined for their involvement, British prosecutors have successfully brought justice against individual lawyers and bankers who laundered Iboris stolen finds in the UK, and the UK subsidiary of a Nigerian bank was fined over £500,000 by the Financial Conduct Authority for handling his money.

Aside from the UK prosecution Ibori has also faced prosecution in Nigeria, and had assets forfeited in the US.

Nigeria’s Economic and Financial Crimes Commission (“EFCC”) first started investigating complaints against in Ibori in 2005, but could not move against him because he enjoyed immunity from prosecution as governor.

In early 2007, as the end of his tenure loomed, Ibori tried to bribe former EFCC chairman, Nuhu Ribadu, with a $15m cash bribe in a bag “so heavy one man alone could not lift it”. Ribadu logged the bribe as evidence against the former governor. Shortly after Ribadu was sacked from the EFCC for his role in charging Ibori. Ribadu went on to face two assassination attempts which he linked to his attempts to charge the former governor.

In December 2007, Ibori was arrested by Nigerian authorities on corruption charges. Two years later, however, in December 2009, a Nigerian judge struck out all the 170 corruption charges against Ibori in what the EFCC described as a “hazy judgment”. Nigerian Police again sought Ibori’s arrest in April 2010, in connection with a new embezzlement charge. Gangs confronted police in his home town and Ibori escaped Nigeria to Dubai.

Efforts by the EFCC to take action against Ibori continued in Nigeria despite political pressure which includes attempts by the Nigerian government to pressure the UK government to drop the UK prosecution. In May 2014, a 3-judge panel at the Benin Division of the Court of Appeal allowed the EFCC’s appeal against Ibori’s earlier acquittal. The panel held that Ibori had a “case to answer” and that his trial could continue on completion of his sentence in the United Kingdom.

The EFCC successfully seized the $15m bribe that Ibori made to Ribadu which had been deposited in the Central Bank of Nigeria in 2013.

Upon Ibori’s return in 2017, there were reports that the EFCC would still prosecute Ibori but it has not moved to do so. A presidential advisor hinted before Ibori’s that to do so would be unfair and amount to double jeopardy.

In 2011, there were reports that Ibori hired a lobbyist In the summer of 2007 to try to cut a deal with US officials that he would put part of the money he had acquired into a charitable foundation in exchange for immunity from prosecution.

The deal didn’t go anywhere and in 2012, the US’ Department of Justice (DOJ) restrained over $7m in assets connected to Ibori held in the US believed to belong to both Ibori and Gohil.

Ibori’s popularity in the Delta region, the jubilation with which his return was met, and the fact that successive governors have been his close allies and proteges has meant Ibori continues to hold considerable power in the state. Many prominent analysts believed he would play a significant role in the 2019 Nigerian Presidential elections with presidential candidates seeking to court him for his influence.

In July 2020, Ibori was appointed as a patron of the Former Governors Forum, a group made up of past state governors in Nigeria. A letter addressed to Ibori and signed by the Forum Chairman as well as the former governor of Niger State, said “The Forum recognises your role not only as a former governor but equally as a respected elder statesman with passion for the promotion of unity in Nigeria.”

The return of assets arising from Ibori and his associates

On 9th March 2021, the UK government announced that it was returning £4.2 million of funds recovered from former Nigerian governor, James Ibori.

In fact the amounts returned were from Ibori associates rather than Ibori himself, and included:

– £3.5 million recovered from Ibori’s wife, Theresa Ibori under a confiscation order datedMay 2011; and

This makes up just 2.6% of the £161.7 million in total that UK authorities are seeking to confiscate from Ibori and his associates.

It is not clear why it has taken so long for UK authorities to return this money confiscated nearly a decade ago. While both Ibori Ibe and McCann were part of the appeal against conviction on grounds of police corruption, that appeal was rejected in late 2018. Questions put to the Home Office as to the dates of recovery have not been answered.

The Memorandum of Understanding between the UK and Nigerian governments outlining how the funds would be returned and what they would be spent on was made public on 19th March.

The return has been however very controversial in Nigeria because the money is being spent on infrastructure projects outside of Delta State from where the money was stolen by Ibori.  The Chair of the Presidential Advisory Committee Against Corruption has said it is unacceptable for the returned money to be spent outside of Delta. Respected Nigerian civil society organisations have also raised questions about why money looted from Delta is not being returned to the State. On 21 April 2021, a coalition of Nigerian civil society organisations  wrote to the British High Commission in Nigeria and to the Nigerian Minister for Justice and Attorney General to express their concerns on the issue.

The letter to the High Commission is available to read here.

This controversy is likely to put pressure on the UK government to reconsider how the rest of the Ibori loot is returned to Nigeria.