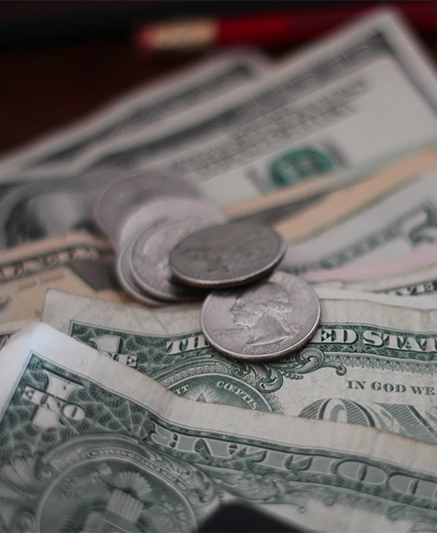 The UK, as a major financial centre, and its Overseas Territories and Crown Dependencies, have long been attractive destinations for laundering dirty money. In 2018, the Financial Action Task Force found that the UK faces “significant money laundering risks from overseas” because of its status as a global financial centre and as the world’s largest cross-border banking centre.

Transparency International recently estimated that over £325 billion of suspect funds has been funnelled through the UK over the past 30 years.

While there is no official figure for how much money is laundered through the UK, the National Crime Agency found that there was a “realistic possibility that the scale of money laundering impacting the UK is in the hundreds of billions of pounds annually”.

The Proceeds of Crime Act aims to ensure that proceeds of crime and corruption can be confiscated.

The UK’s Law Commission is currently reviewing the Act because, it says, that the current law is “unduly complex and can hamper the effective recovery of the proceeds of crime.”

The UK’s National Audit Office has been critical of how the UK’s confiscation regime is working in practice.

Unexplained Wealth Orders (UWOs) are a civil power and investigation tool issued by a High Court. They are not a power in themselves to recover assets. They can apply to

In both instances, the person subject to the UWO must provide information relating to their ownership of a property and how they acquired it. Evidence compelled under a UWO cannot be used against someone in a criminal prosecution. Failure to give an adequate response, however, gives rise to a presumption that the asset may be recovered through civil means.

While UWOs have received a lot of attention, law enforcement authorities have indicated that Account Freezing Orders (AFOs) are even more useful to them in confiscating corrupt assets.
AFOs allow enforcement agencies to seek approval to freeze all money in a bank or building society account where:

AFOs can be issued by a Magistrate’s court and can stay in place for up to two years, allowing enforcement agencies time to investigate. Once an AFO is in place, law enforcement can issue an Account Forfeiture Notice. These Notices allow law enforcement to seize the money in the account unless an objection is made.

Law enforcement bodies can also apply to the Court for an Account Forfeiture Order to take the money in an account frozen under an Account Freezing Order, where on a balance of probabilities that the money was unlawfully gained or intended for unlawful use.

We track whether the UK’s laws designed to deter the laundering of corrupt money and confiscate the proceeds of corruption are working.

We particularly focus on:

From Hajiyeva to Aliyev: Where next for Unexplained Wealth Orders – April 2020

The ruling to discharge the UK’s second Unexplained Wealth Order against Kazakh political figures in early April raises some key issues for the regime discussed in this blog.

Blog by Susan Hawley on the UK’s Account Freezing Orders, and the recent appeal in which their use was upheld in a Moldovan money laundering case.

Whitewashing the UK: the Financial Action Task Force’s review of the UK puts its credibility at risk – January 2019

Blog by Susan Hawley questioning how and why the FATF gave the UK one of its highest ever compliance ratings for a major financial centre.

Blog by Susan Hawley looking at how few prosecutions there are in the UK for high-end money laundering.

Blog by Susan Hawley on the UK’s first Unexplained Wealth Order against the wife of the former central banker of Azerbaijan. The blog asks whether the UK has the appetite a) to use UWOs against those in power not just those who have fallen out of power and b) to prosecute the professionals involved in helping the subject of the UWO move her money into the UK.

Joint paper by Corruption Watch and Transparency International on the strengths and weaknesses of the UK’s asset recovery regime that recommends greater use of enforcement measures to recover assets, more transparency about asset recovery actions, and strengthened private sector accountability.

Corruption Watch blog on ruling that enables courts to freeze and confiscate assets even where foreign courts have not found any evidence of wrongdoing.