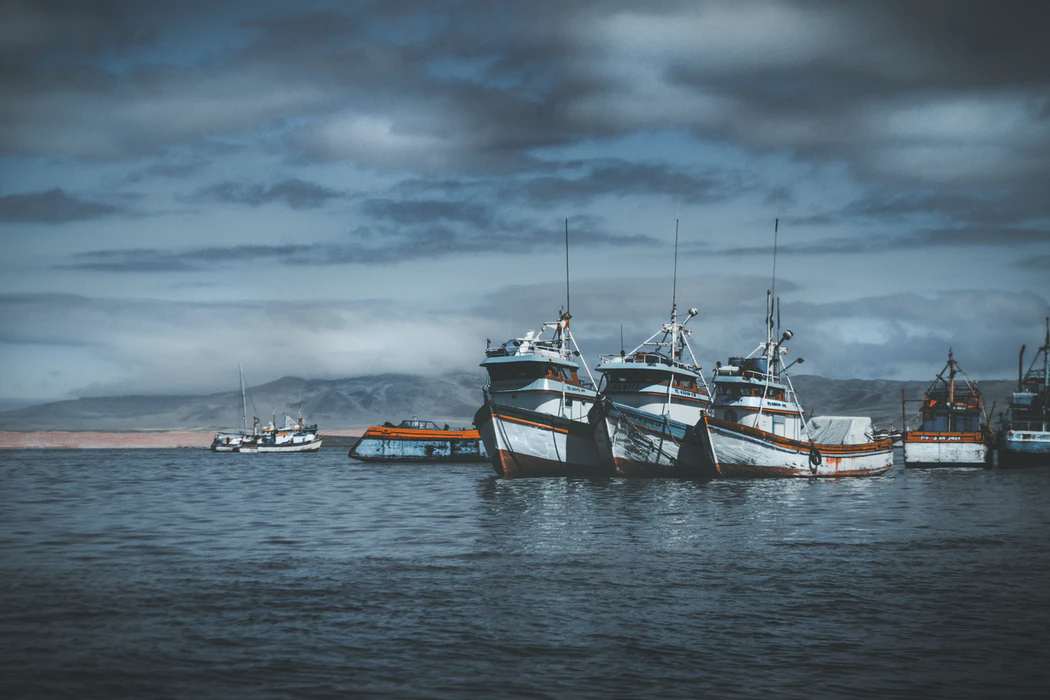 Mozambique and the “Tuna Bond” Scandal

An overview of all the UK litigation related to the Mozambican Tuna Bond scandal, with relevant court documents. This is an example of just one of the many case overviews (with documents) we will be publishing on our website as part of a cases database.

UK courts are at the heart of a spate of litigation arising out of the Mozambique “Tuna bond” or “hidden debt” scandal. The scandal involved $2 billion of bank loans and bond issues from Swiss bank Credit Suisse and Russian bank VTB. The bank loans were taken out in secret by Mozambican state-owned companies, without the legally required approval of the Mozambique Parliament and backed with hidden government guarantees.

The loans were intended to finance contracts between the state companies and a Lebanese-UAE based ship builder, Privinvest, between 2013-2016 for three maritime projects. These projects were intended to boost maritime security and develop the country’s fishing industry. However, a 2017 audit by Kroll found that $500 million of loans could not be accounted for and that Privinvest may have over-inflated prices by $713 million. The audit also found that $200 million of the loans were spent on bank fees and commissions.

The US Department of Justice subsequently charged former Credit Suisse bankers, Privinvest employees and Mozambican government officials including the country’s former finance minister with money laundering and corruption in relation to the loans. In early 2019, DOJ prosecutors alleged that those charged had “created maritime projects that conducted little to no legitimate business activity to funnel at least $200 million in bribes and kickbacks to themselves, Mozambican government officials and others.”

The discovery of over £1 billion in undisclosed loans by the IMF in April 2016 prompted 14 partner countries and the World Bank to cut off aid, totaling $265m per year. The IMF itself suspended $165 million of a separate $286m emergency loan it was due to make the country.

Moody’s, the credit rating agency, believed that the government would default on its loans and downgraded its sovereign rating. This plunged one of the poorest countries in Africa into debt default and economic crisis with the total debt coming to 85% of Mozambique’s GDP.

Why Does This Case Matter?

– These cases could not be more high-stakes for both Mozambique and the banks involved. At their heart is the question of who is responsible for, and who will pick up the bill for what former World Bank anti-corruption expert, Richard E. Messick has described as “the most egregious corruption offence of the [past] decade.”

– The use of UK courts for this litigation is ironic when UK regulators and prosecutors appear to have taken little action in relation to the corruption allegations, despite the fact that the alleged bribery schemes were devised by London based employees. This raises legitimate questions about the UK’s light-touch enforcement and regulatory regime and whether it effectively outsources enforcement in these cases to the US.

The three investment bankers subsequently pleaded guilty and have admitted laundering bribes paid by Privinvest and taking a cut. The DOJ’s prosecution of former Privinvest executive, Jean Boustani, for defrauding US investors, resulted in his acquittal in December 2019. The DOJ criminal investigation into Credit Suisse is ongoing.

The DOJ is continuing to seek extradition of Mozambique’s former finance minister from South Africa, although Mozambique has also requested his extradition. The Mozambique government has also been pursuing a criminal investigation. In August 2019 it charged 20 people in relation to the case including the son of former President Armando Guebeza.

In June 2020, Swiss authorities announced that in February 2020 they had opened a money laundering case in relation to the scandal following a criminal complaint by a Swiss NGO.

Progress of the cases in the UK

The Mozambique government is suing the Swiss investment bank, Credit Suisse along with three of its former London-based employes as well as Privinvest. It is seeking to get the courts to nullify a $622 million loan made by Credit Suisse for a maritime project involving Privinvest; order repayment of a separate $535 million contract between state-owned Mozambique Asset Management and Privinvest; and order further compensation for government-issued Eurobonds used to refinance the deals.

In a separate case, the Mozambique government is suing Iskander Safa, the owner of Lebanese shipbuilder Privinvest, for conspiring with Credit Suisse and high-ranking bankers to bribe Mozambican officials. The cases have been conjoined because of duplication in the subject-matter.

Both applications have been refused. In April 2020, the judge, Waksman J, ruled that waiting for the Swiss proceedings would lead to undue delay, adding that it would create unfairness to Credit Suisse which was not party to the arbitration. The judge also rejected an application for the cases to be heard separately. In July 2020, the judge again rejected Privinvest’s applications for the primacy of arbitration clauses over the Mozambique government’s claims. In doing so he noted that:

“The overall misconduct alleged arises out of the alleged corrupt procuring by the Defendants of a number of transactions with the [state-owned companies] or the Republic which consist of the Supply Contracts, the financing therefore, and the Guarantees. The corrupt scheme could not exist without all three elements” (para 93)

Privinvest appealed these judgements to the Court of Appeal in February 2021. It continued to argue that the claims against it were bound by arbitration clauses in its contract with the Mozambican state enterprises. The Mozambican government argued in response that its claim relates to the guarantees it gave for the contracts which it says were as a result of bribery to former finance minister, Manuel Chang.

In March 2021, the Court upheld Prinvest’s appeal, ruling that Mozambique’s claims are bound by arbitration agreements. As such, the claims are now set to be heard in the secrecy that binds arbitration disputes, with the people of Mozambique left in the dark.

Judge Sue Carr, in her written ruling said that the allegations made by the Mozambique government that the supply contracts between Privinvest and the three special purposes vehicles owned by Mozambique were “instruments of fraud” or “shams” were sufficiently connected to the contracts to fall within the scope of the arbitration agreements.

Credit Suisse filed its defence and counterclaim against Mozambique in June 2020, and issued a claim against Privinvest and a number of Mozambique officials, including former President Guebuza.

Safa filed his defence in January 2021, in which he denied making corrupt payments to top officials. Safa claimed that payments to the current President (former defence minister), the former finance minister and the country’s intelligence chief were lawful campaign contributions or investments in legitimate business, which both the former and current Presidents of the country knew about. Safa has argued that the individuals themselves should be held accountable, if his “campaign contributions” are found to be unlawful.

Unless the case is settled, it will now proceed for a full trial at a later date.

BIM, a Mozambican investment bank, is bringing a case against Credit Suisse, seeking repayment of $58.7m which formed part of one of the loans to the state-owned companies. The state-owned company had repaid $2.5m to BIM, but had defaulted thereafter. As at April 2020, the total sum owed to BIM (including interest) was nearly $80m.

VTB Capital, the British subsidiary of Russian bank VTB, one of the lending banks in the loan scandal, is suing the Mozambican government for loans of $670 million to be repaid through enforcing the guarantees against the Republic.

According to court filings, Mozambique repaid a first installment of $40.7m of the loan, but defaulted thereafter. By 26 November 2019, the outstanding sum stood at $817.5m. VTB described talks to restructure the loan as having broken down. The Mozambique Republic’s lawyers, in exchanges with VTB, argued that the guarantees were not valid, binding and enforceable.

Mozambique is yet to a file a response. However, an order made by the UK High Court suggests that they are contesting the UK’s jurisdiction to hear the case. This issue is due to be heard on 25 March 2021.

On 17 December 2020, Credit Suisse was hit by new claims from two companies Beauregarde Holdings LLP and Orobica Holdings LLC, for damages in relation to their share of the loan.  The two companies, who refer to themselves as the ProIndicus Institutional Lenders Group, have an estimated combined $30m interest in the loans which they acquired between 2018 and 2020. Court filings claim that these interests were transferred to the companies from the funds, Exotix Partners LLP and VR Global Partners L.P. The companies alleged that they were given fraudulent misrepresentations by Credit Suisse that it did not know that the loans were tainted with corruption.

In response, Credit Suisse in it’s February 24th 2021 defence filing in the High Court reiterated that it did not know the loans were tainted with corruption and claimed it cannot be held “vicariously liable” or responsible for rogue behaviour it was unaware of.

In the defence filing, Credit Suisse claimed that it “at no point agreed to, or were at any material time aware of, the payments made by the Privinvest Group to or for the benefit of the Deal Team.”

The defence continued, “the allegation that (Credit Suisse) entered into a combination involving the bribery of their own employees or agents is incoherent (since if Credit Suisse knew of and had agreed to the receipt of those payments, they would not have been bribes).”

Credit Suisse also designated Safa as an “undesirable client” and an attempt to open an account in which he was the beneficial owner was rejected.

Mozambique alleges that Credit Suisse’s internal records described Safa as the “master of kickbacks”, whilst the bank has stated it isn’t aware of that statement.

The Companies have also brought claims against the state-owned company, Proindicus, and the Republic of Mozambique.